Just a little over 11 years ago, I bumped into a man  on a dance floor. We danced and talked the rest of the night.

10 years ago today I married that man. He has given me the three most precious gifts I could ever receive. Sometimes I wonder how we have made it this long, but then I realize I can’t imagine my life without him. That’s really all I need to know.

For our 10 year anniversary, I wanted to plan a weekend getaway. We never had a honeymoon and I can’t remember the last time we spent a weekend without kids. I started saving a little here and there when I could, but God had a little surprise for us. Instead of a trip we had a baby. With him, our family feels so complete. Who knows? Maybe we’ll take that trip for our 15th or 20th anniversary. Honestly, I can’t think of a better way to spend our anniversary than with this amazing little family that we have created.

Happy Anniversary, honey. Thank you for an amazing 10 years. I love you. I’m finally getting used to the idea that there is actually a teeny tiny baby forming in my belly. Even though I couldn’t keep my mouth shut and spilled the news to everyone already, the whole thing still feels a bit surreal. I keep trying to explain away the signs, but it is hard to explain away the big plus sign on the pee stick. I’d really like to know the odds of getting pregnant with only one ovary while on birth control pills. Whatever they are, we apparently beat them. Perhaps I should go buy a lottery ticket?

I haven’t been to the doctor yet, but there’s no denying the positive test and the nausea. I go in for the official test and due date calculation next Friday, just before we leave for vacation. I am already extremely anxious to find out if we’re having a boy or girl. Zach wants it to be a boy and Evie would very much like for it to be a girl. I’m happy either way, although I do lean a little toward wanting it to be a girl. Plus, as ridiculous as it may be, I’m already stressing about names. I have always had baby names in the back of my mind for future use, but this time, I’ve got nothing. We do have a possible middle name if it ends up being a boy, but that’s it. Why do I care about that so much this early in the pregnancy? I have no idea, but it is driving me nuts.

The fun part of this all, is that we’ll have another “pair” of babies in our family. My brother and his wife are expecting a little boy in September so the two will be about 5-6 months apart. That means each one of my kids will have a cousin within 6 months of their age that lives nearby. It has been really fun watching them all grow up together so far and I look forward to seeing two more added to the group.

My mind is just all over the place right now. So many things to do, to get ready, to prepare for. I know I have so much time, but everything suddenly seems very urgent to me for some reason. I didn’t feel this way with the other two, but maybe that is because I was mentally preparing for years before they were a reality. It’s crazy how different it feels this time.

Sometimes life has a way of changing your plans, as we found out this weekend. For starters, I’ll be adding a couple of supplements to my diet for the next 9 months or so. 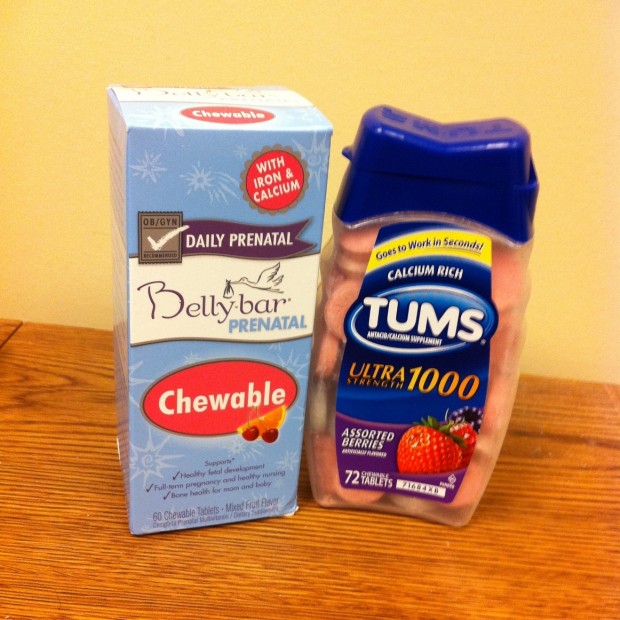 Then, sometime near the end of February, we’ll be welcoming the newest member of our family.

I’m trying to put my trust in God’s timing. We’re a little scared, excited, and overwhelmed, but mostly happy. Nine years ago today we said “I Do” and somehow we’re still going strong. You may have a little, okay – a lot, more gray hair than you did back then, but somehow you’ve managed to put up with me, my messy house, and all my crazy ideas for all these years without kicking me out. On top of that, you gave me the two best gifts in the world with our son and daughter. Sure, I like gadgets and camera gear and pretty things, but none of that compares to this amazing family that we’ve built together. Thanks for saying “I Do” all those years ago, and for sticking it out with me. Happy Anniversary!

To Hubby On Our Anniversary Happy Anniversary to my husband, who has now been putting up with me for seven years. It’s been over eight years now since that first bump on the dance floor and there’s no one else I’d rather bump into. It hasn’t always been easy – for either of us – but we’re figuring things out. I kind of feel like we’re finally hitting our stride after seven years.

I love you for just being you, for putting up with me, for always being there, for letting me be who I am, and for giving me the two most beautiful children in the world. I hope we have many, many, more years together.