We All Think She's Pretty Special 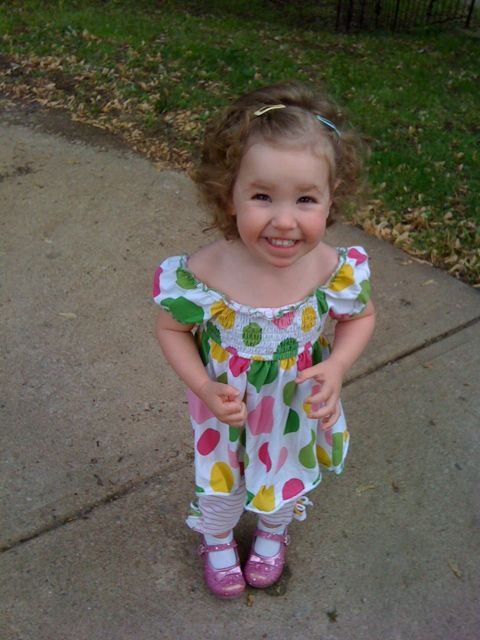 Sunday morning Evie woke up with a stuffy head and a runny nose. I didn’t think much of it at the time because I didn’t give her the usual dose of Zyrtec before bed time due to the recent recall. She was a little extra clingy, but we were in a new place for church that morning. By the time we got home (after exposing her to probably 20 other kids) I realized she had a fever and she was saying her ear hurt.

I made all the appropriate phone calls and decided I needed to stay home with her on Monday and get her to the doctor. Fortunately, she woke up with no fever and everything checked out fine at the Dr.’s office. I shelled out $30 to find out that she was just fine and maybe has a bit of a cold.

After the doctor, we stopped at my office for a few minutes, made a quick stop at Target (where I got suckered into buying her a Backyardigans dvd because she was asking for “back-agains” all morning), then headed home.

For some reason she wanted to eat her lunch in the living room. This is not something we do, well at least not since having kids, so I thought her request was funny but decided to go with it. We had a great conversation while we were eating and then I attempted to put her down for a nap, which she was having none of. I tried settling her down with her new Backyardigans video and dvd player, but that didn’t work. She wanted to watch Elmo in my bed (the only way I’ve been able to get her to nap lately). That didn’t work either. She wanted to sit in “mommy’s chair” so I let her. She was having fun manipulating me and it really was getting too late for a nap anyway so I let her enjoy it.

Shortly after that, she climbed up in the chair beside me at the kitchen table where I was attempting to work. I was listening to Pearl Jam in preparation for the show that night. She came up and started banging her head to “Save You” and said, “Mommy, my like this song!” with a huge smile on her face. She’s really been discovering music lately and I’m loving it. We had an impromptu dance party right there in the kitchen, followed by some giggles and hugs. It was one of those perfectly simple moments that fills my heart with so much joy.

****
Soon it was time to go pick Zach up from school. Normally I pick Zach up first so Evie rarely gets to go in with me to pick him up. The kids were out on the playground when we got there and when Zach saw us walking up he lit up. He screamed out, “Sissy!” and ran up to give her a hug and a kiss. Soon he was rounding up all of his friends because he wanted to make sure they all got to see his baby sister. He wouldn’t let us leave until everyone had seen her and kept saying, “Isn’t she cute? She’s my baby sister.” My heart was melting.

****
Fast forward several hours and Hubby and I were sitting at the Pearl Jam concert (which is a topic for a whole other post). We were chatting with the people next to us who also have two kids when Hubby asks to see a picture of Evie on my phone. I pulled up the picture I had taken that morning (above) for him and he took it to show the couple next to us. I don’t remember exactly what he said, but just like Zachary was earlier that day, he was very proud to show her off.

****
I love how we all appreciate her in different ways. I see so much of myself in my daughter, but I also see her father, and little bits and pieces of her brother. She’s a little bit of all of us, all wrapped up in one tiny little package. 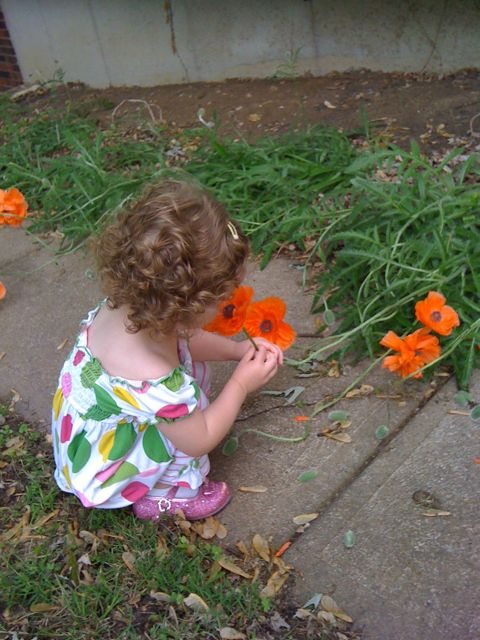