The First Cap and Tassel

Tuesday night Zachary stood up on stage with a huge smile on his face, a blue cap and tassel on his head and officially graduated from preschool. This all just seems so huge right now. I can’t believe he’s getting so big. Five years goes by in a flash. Before I know it he’ll be graduating from high school and then college (hopefully). It’s just too much to think about right now. At least I don’t have to worry about when he’ll have his first girlfriend. 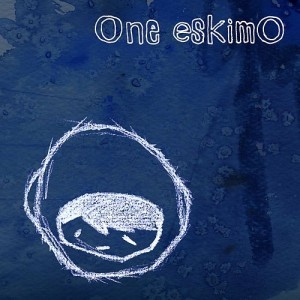 Knitted Snug As A Bug Sleepsack I’ve been holding off on this post because these two Snug As A Bug Sleepsacks were knit as a baby gift for a friend who recently had twin boys.  I’m hoping these little sleepers will help keep her boys warm during cold evenings and possibly make things just a little bit easier on her and her husband.  I can’t even imagine having twins, especially when they have two other boys under five at home as well.

When I was trying to decide what to knit up for her, I remembered seeing this pattern and went searching for it.  It was really fast to knit up and the first time I’ve ever done a 3rd needle bind off (which I loved).  I have a lot of pregnant friends right now, so I’m guessing I’ll be making a lot more of these!

**Evie wasn’t very happy when I borrowed her doll to snap these pics! She kept running around saying “Where baby?” I’ve been meaning to write about the experience we had last weekend, but with the crazy busy week we had I never really got a chance to. So, here it is…a week later.

Instead of heading to church for our normal services last Sunday, we headed out to put our “Faith In Action” along with nearly 70 other members of our new church. We met up at Platte Woods church, where they already had many people working hard to pack meal packets that would be shipped to Haiti to help those who are in dire need of a healthy meal. Not only did the adults get in on the action, but we had kids as young as two years old by our sides as we worked. (Evie did go to child care, but Zach helped out as long as I could hold his interest). We scooped rice, beans, and protein powder into plastic bags, weighed, and sealed the packs. Then they were packed into boxes and prepared for shipment.

Our combined efforts packed 300,000 meal packets, containing six servings each for the people of Haiti. In the process, my son got to learn a nice lesson about the world and what it feels like to help people who may be a little less fortunate than ourselves. After we were finished, we took the kids to the park for doing such a great job. I was so proud of them for helping and being a part of this great experience.