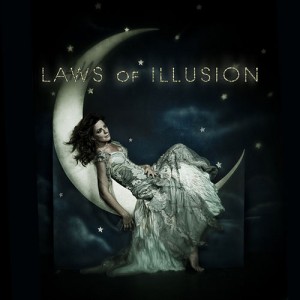 Back in high school I had a friend who always had the best music.  He was the kid who always had a cd player and headphones in his backpack ready to pull out when there was a lull in the day.  He introduced me to a lot of music during the two years of high school that we shared, but the most lasting impression was the time he had me listen to Sarah McLachlan‘s Fumbling Towards Ecstacy.

I don’t remember what song he first played for me, but I know that I soon owned the album and listening to “Elsewhere” on repeat quickly became my outlet for teen angst.  I doubt there is any album in my collection that has been played more.

Since that initial purchase,  I have bought every album that Sarah (we’re on a first name basis here) has put out.  Her voice has carried me through half of my lifetime now, so you can imagine how excited I was when I found out Laws of Illusion was set to release.  I was even more thrilled when I found out that One2One Network was covering her release and I jumped on the opportunity to get my hands on a review copy.

Laws of Illusion is everything you would expect from a Sarah McLachlan album.  Her soothing, melodic vocals stand out over the instruments in the background as she pours her soul into each song.  In this album she brings a sense of maturity as she explores love, heartbreak, renewal, and the weight of the world around us.  Some songs, like “Out of Tune” hold a heaviness that you can feel as you listen to the lyrics:

It isn’t my heart that’s grown cold
The same mistakes are getting old
I’m lost for words, I don’t know what to do

It is apparent that McLachlan has done a lot of soul searching in the years since her last album release.  Overall, the album was not as upbeat as I would have expected it to be, but that certainly hasn’t kept it from being on a nearly constant rotation since the day I received it.